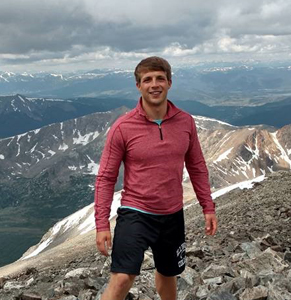 Research
The use of natural gas continues to increase in industrial processes and power generation due to the decreasing cost and decreased emissions when compared to other fossil fuels. Natural gas however, which is primarily methane, suffers from relatively low radiation heat transfer. Soot is a strong emitter of thermal radiation in the visible and infrared regions of the wavelength spectrum, thus its presence is often important in combustion processes. Methane is intrinsically less sooty than other fossil fuels due to its lack of a carbon-carbon bond and low carbon to hydrogen ratio. Using oxy-enriched combustion in a tri-axial burner can significantly alter the sooting structure of the flame, which could potentially increase soot volume, thus increasing thermal radiation.

Phillip is also heavily involved in the experiment, Flame Design, which will be performed on the International Space Station (ISS) under NASA project – ACME (Advanced Combustion via Microgravity Experiments). He will study spherical flames in microgravity, with emphasis on how changes in the stoichiometric mixture fraction, Zst, can affect soot formation and flame extinction. Flame Design will elucidate the controlling mechanisms for soot inception in non-premixed flames and will provide an understanding of how the structure of a non-premixed flame can be tailored to yield a desired sooting characteristic for a given fuel. Flame Design will also clarify the effects of flame structure on flame extinction and help determine ways in which flame structure can be manipulated to yield strong, robust low-temperature flames.