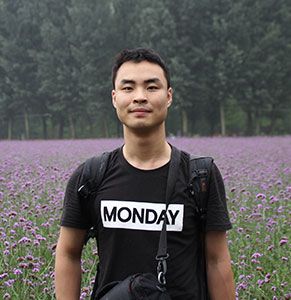 Qian Huang earned his bachelor’s degree from the Department of Thermal Engineering at Tsinghua University in China. He is now a Ph.D. candidate in Tsinghua University under the direction of professor Qiang Yao and professor Shuiqing Li. He started his one-year visit to LACER in March 2015. His Ph.D. work is focused on ash evolution and deposition during pulverized coal (PC) combustion, and he is now working on ash behaviors during PC combustion in a well-defined flat flame system.

Research
Coal combustion is still a major energy source for many countries. During PC combustion in practical boilers, ash deposition is the most significant problem because it causes an increase in wall temperature as well as a reduction in efficiency. As a first step toward resolving the problem, it is essential to understand the mechanisms and dynamic behaviors of coal ash deposition.

In LACER, a staged flat flame (Hencken) burner is being built with the advantages of a well-controlled temperature history and flue gas components. The flexibility of the central reducing environment will simulate the environment around coal particles in practical boilers, and it will be interesting to explore the effect on fine particulate matter formation and deposition behaviors. Coals with different ranks will be used to study the ash deposition mechanisms in the system.